Join us in Town Square every Thursday night in February as we launch Jazz Sessions a series of four live performances featuring some of Melbourne’s best Jazz and Blues artists. 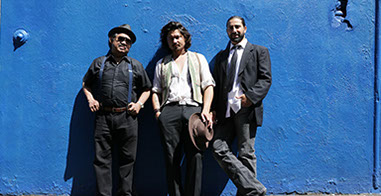 Playing an expansive repertoire of jazz, the Bossa Mendoza Trio explore the melodic strains the bossa nova, Brazilian rhythm and the soul of New Orleans. The trio bring music alive with all the energy and style usually reserved for the tropical city of Havana. 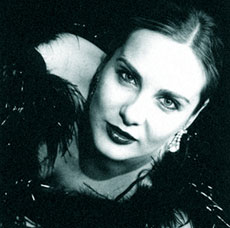 Jazz was always the destiny for Nichaud Fitzgibbon. She was born into a  Victorian family famous for vaudeville and jazz for four generations. Her exquisite, sultry vocals traverse the great American songbook to the bossa nova in warm and stylish expression of the greatest music of the twentieth century. 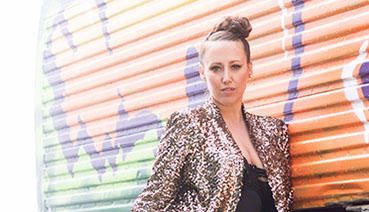 An award winning singer and actor, Fem Belling’s African Jazz and theatre roots augment her unique musicality. She is breathtaking on stage; a rising star whose talent had all four judges of The Voice 2015 spellbound. Experience the Fem Belling Quintet break the rules in New York Jazz style.

Ruth Rogers-Wright smouldering vocals invoke the tunes of Nina Simone and Billie Holiday with soul when she sings their unforgettable music. Her likeness to jazz’s beloved artists moved the critics to acclaim her talent at recent performances at the Edinburgh and Adelaide festivals. She is accompanied on stage by renowned jazz pianist and composer Mark Fitzgibbon as he plays the piano, double-bass and drums with the skill of a 3-piece backing band. 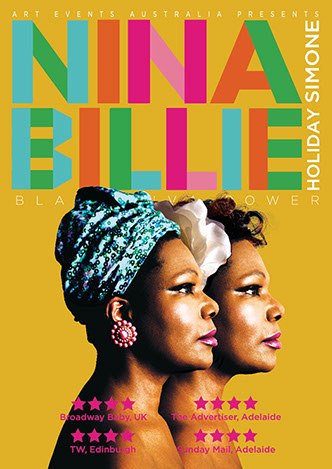 Ruth Rogers-Wright will take on the roles of both NINA SIMONE and BILLIE HOLIDAY in the staging of BLACK DIVA POWER, two compelling productions in one night starring the critically acclaimed powerhouse singer/actor and touring theatres in regional Victoria and South Australia, with one landmark metro performance in Adelaide in October, 2015.

Proudly presented by Art Events Australia and Brad Hopes Promotions, Black Diva Power brings to life the powerful characters and music of jazz legends with Rogers-Wright performing the songs of the great BILLIE HOLIDAY before transforming into a mesmerising NINA SIMONE.

Fresh from Edinburgh Festival and the hit of Adelaide Cabaret Festival, award-winning playwright Neil Cole’s portrayal of musical storyteller and passionate civil rights activist, NINA SIMONE features Rogers-Wright in an astonishingly profound performance as one of the most extraordinary artists of all time, focusing on Simone’s friendship with Lorraine Hansbury, playwright (A Raisin In The Sun) and black activist.

Testament to her performance, a TW Edinburgh critic wrote, “I hope that in the not-too-distant future, an actor playing the legend of Ruth Rogers-Wright will do the same.”

Accompanied by a three-piece backing band headed by musical director Mark Fitzgibbon, Rogers-Wright will open the show with an intimate insight into the seminal influence of BILLIE HOLIDAY on jazz and pop music, touching on the tumultuous upbringing of the woman they called Lady Day.

Described in Broadway Baby as “spectacular”, the vocals of Ruth Rogers-Wright take the audience on an absorbing journey through the music of two early 20th century greats.

Currently creating a buzz and garnering four-star reviews at Edinburgh Festival 2015 and the hit of Adelaide Fringe 2014, the accolades keep coming for Cole’s portrayal of musical storyteller and passionate civil rights activist, NINA SIMONE, which has been listed for the Amnesty International Freedom of Speech Award.

Australia’s eminent pianist and composer Mark Fitzgibbon is reunited with Rogers-Wright when he joins the tour as Musical Director, giving audiences a full live music experience as part of a three-piece backing band which includes himself on piano, a double-bassist and drummer.

Lauded as one of the most swinging, insightful pianists that Australia has produced, he was born into a strong entertainment tradition, being the son of well-known Australian entertainer, jazzman and restaurateur Graham "Smacka" Fitzgibbon, nephew to actress/singer Maggie Fitzgibbon and grandson to pianist vaudevillian Min Fitzgibbon. 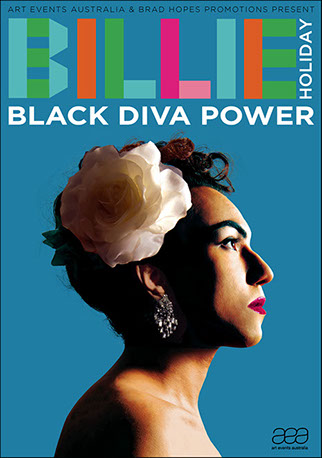 "An Audience With Billie Holiday'' is a compelling and moving musical stage play, written by award-winning playwright Neil Cole.

The legendary jazz singer,Billie Holiday was one of the greatest singers of all time, and had a seminal influence on jazz and pop music. Her tumultuous background as a black woman brought up in abject poverty in early 20th century, underwrote her unique singing ability.

"An Audience With Billie Holiday” is a tribute to the woman they called “Lady Day”; told in the first person by Ruth Rogers-Wright as the great artist, the story focuses on her development as a singer, her tragic back story that shaped her personality, talent and success,and the songs that saw her achieve unprecedented popularity.. 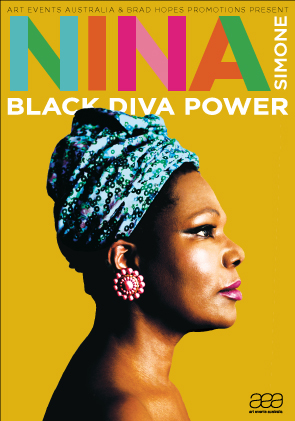 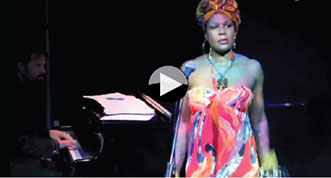 Nina Simone was one of the most extraordinary artists of the twentieth century; an icon of music who crossed the genres of jazz, blues and soul. She was the consummate musical storyteller and passionate civil rights activist.

Melbourne-based and Brixton-born-and-raised jazz diva, the acclaimed Ruth Rogers-Wright all but embodies Ms Simone in Nina Simone Black Diva Power by award-winning playwright Neil Cole, telling the story and exploring the music of Nina Simone from 1958 to 1965: the period during which she went from popular jazz, blues and folk singer to become "the voice of the civil rights movement" in the United States.

This compelling play focuses on the developing friendship with Lorraine Hansberry – playwright and black activist (A Raisin in the Sun), played by Zuleika Khan, who persuades Nina to become active in the civil-rights movement. Although initially reluctant, Nina Simone ascended to greatness with her activity and songs of the movement she would perform, many of which she wrote.

This production is replete with popular songs like My Baby Don't Care and Nina Simone’s songs of the civil rights movement, including Young Gifted And Black, a song based on Lorraine Hansberry's play of the same name. 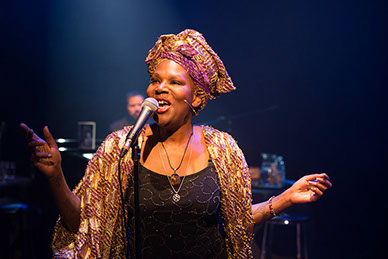